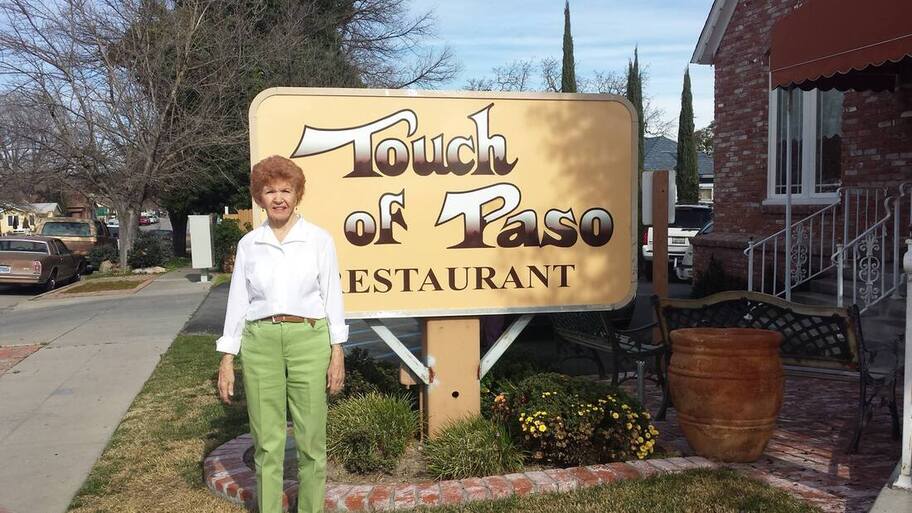 The Touch of Paso Restaurant building, with its cross gable roof and sturdy brick walls, was built in
1888-89 for Dr. James and Mattie Glass. Dr. Glass came to Paso Robles when the town was organized in 1886 and concluded here was where he wanted to live. He was a prominent doctor in the county until his death in 1914. He was active in city government, organizing the first hospital in Paso Robles as well as being a California Legislator in 1895.

Hiram and Maude Cahill became the owners in 1915 when they moved to Paso Robles. Hiram was a partner managing a 14,000 acre cattle ranch and a cattle dealer. Years later, this building was painted white and was known as "The White House Beauty Salon." When Bonnie Peterson became owner in 1987, she opened the Touch of Paso Restaurant. She removed the white paint from the exterior, remodeled the interior and opened the popular restaurant.

​Fast forward  more than 30 years and today Bonnie's grandson, Eric Peterson, is now the proud owner of Touch of Paso, keeping the dream alive that started back so many years ago: create a home-like environment where people can gather together and be well fed. Here's to another 30 years!